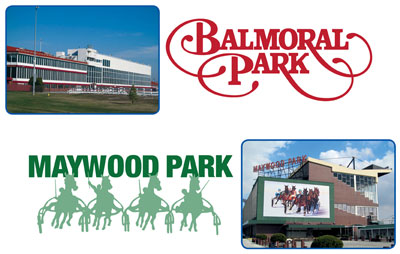 Loeb Auctioneers and Yellen Partners announce the completion of the Maywood Park personal property auction, and the Court approval for the sale in its entirety of the Balmoral Racing Club real estate and personal property assets after a decision by the Bankruptcy Court, Northern District of IL.

Two last-minute bulk purchase offers were submitted directly to the Debtors during the Balmoral Park auction on Wednesday, April 27th. The piecemeal auction was adjourned upon conclusion pending a decision by the Court, which was handed down on Wednesday, May 4th.

The accepted offer was made by HITS, Inc., a special events management company focusing on producing hunter/jumper horse shows, and triathlon/running races throughout the United States, with the expressed interest in utilizing the facility for equestrian events.

“I’m proud of the efforts we put forth related to both Race Tracks. Almost 1,000 bidders participated in the auctions, and the piecemeal sale generated recovery values well above pre-auction estimates. The bulk sale of the Balmoral Racing Club assets got a little intense, but the result was worth it for the creditors, new job creation, and the town of Crete. We wish HITS, Inc. much success.”

Working in partnership, Loeb Auctioneers and Yellen Partners were able to fully prepare the sites and complete the auctions while simultaneously allowing the discussions among bulk bidders, the debtors, and the creditors to take place.

“We are proud to have participated in the sale of these venerable Chicago landmarks and especially happy to have helped reach such a good result for interested parties,” said Brian Yellen, president of Yellen Partners.

Balmoral Park, located just south of Crete, Illinois, ceased live horse racing in December of 2015. Originally Lincoln Fields from 1926 to 1968 hosting thoroughbred racing, and subsequently, Balmoral Park hosting harness racing. Maywood Park, located in Melrose Park, also held its last races in Fall 2015 after nearly 70 years of operation. Both tracks filed chapter 11 bankruptcy after judgment was entered against the tracks in a suit brought by four riverboat casinos. During the course of the chapter 11 cases, the Illinois Racing Board awarded harness racing dates exclusively to Hawthorn Race Course, leaving Maywood and Balmoral with no licenses to race in 2016.

The bulk offers were only made on the Balmoral Park facility and do not include the assets of Maywood Park Trotting Association, which were sold via online auction on April 28th.